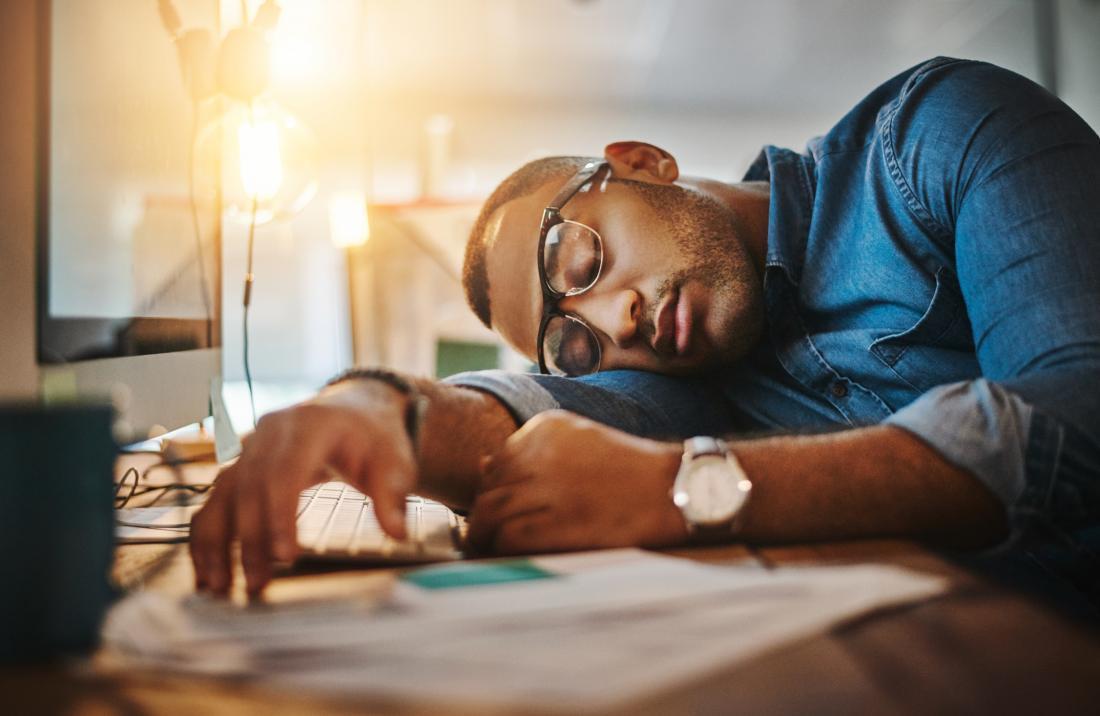 According to the most recent scientific developments, the way we view narcolepsy has changed and this might help us treat it better in the future. New studies show that this disease might be autoimmune, which will give us a whole new perspective on the treatment.

People who suffer from narcolepsy have been discovered with autoreactive cells, which is perhaps crucial proof that it is an autoimmune disease.

With such a discovery, it’s quite possible to come up with much better treatment of this chronic condition. So far, the researchers and scientists had some doubts that this sleep disorder might be an autoimmune disease but they haven’t been able to prove it.

With this new proof under their belt, the scientists are now able to make a critical step forward in treating this horrible chronic condition.

Our immune system is designed to identify, recognize, and eliminate bacteria, viruses, and everything else that might endanger our organism.

In the case of autoimmune diseases, the immune system cells are autoreactive, which means that your own immune system recognizes its own cells as a threat and acts to attack them, causing serious damage to your health.

Since the latest studies have discovered autoreactive cytotoxic CD8 T cells in the blood of narcoleptic patients, that means that these autoreactive cells are capable of not only attacking other cells but also killing them.

In most cases of narcolepsy, the neurons that regulate our waking state have been attacked and killed by their own immune system.

The symptoms of narcolepsy 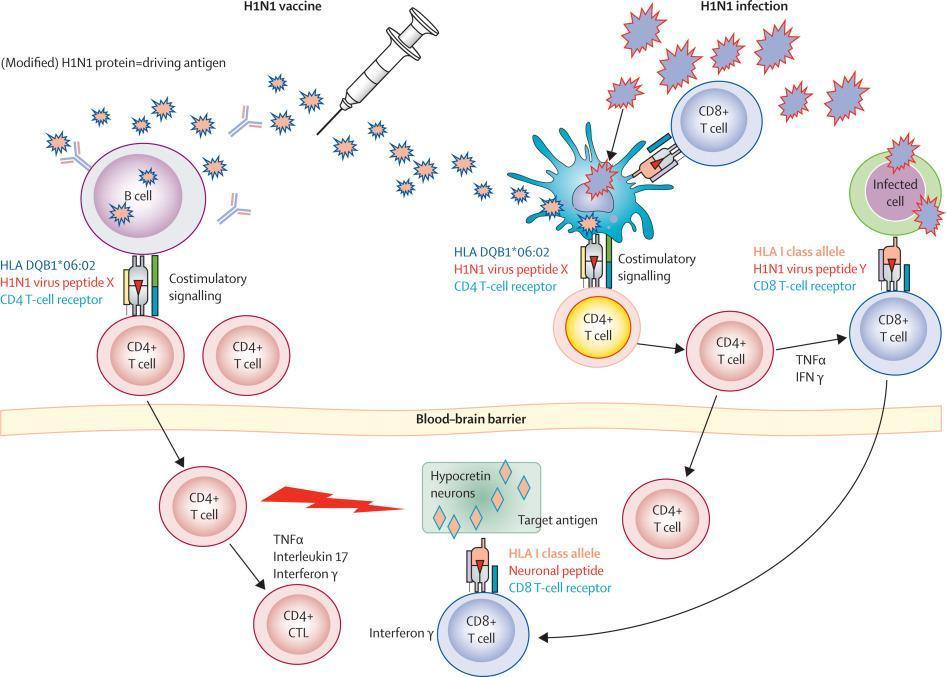 People who suffer from narcolepsy have trouble staying awake, which can be extremely dangerous for their health. Aside from this, they also have severe sleep disorders and an irregular sleep rhythm.

In severe cases, a patient loses touch with reality and may suffer from hallucinations and dream-like visions. The boundaries between waking and sleep state literally get erased, causing confusion, violent mood swings, and depression. So far, we have recognized two types of narcolepsy.

The first one, type 1, is the most common one and causes people to suffer from cataplexy and these people have problems with regulating their waking state or put simply, they have trouble staying awake for longer periods of time.

They can’t control the act of falling asleep as it can happen to them anywhere, anytime. Type 2 is almost the same with the difference that the patients don’t suffer from cataplexy and have different symptoms.

Persons with type 2 don’t suffer from the lack of hypocretin like with type 1 but they do have trouble staying awake in the long run. Some of the most common symptoms of narcolepsy include:

Narcolepsy is a very common chronic disease that ranges from mild to severe. In the worst case scenario, it can lead to serious injuries due to blackouts and falling asleep while working, walking, driving or practicing any other normal everyday activity.

It negatively impacts your well-being, overall health, work, school, and social activities, preventing an individual from leading a normal life.

The next step is to learn more about autoreactive cells 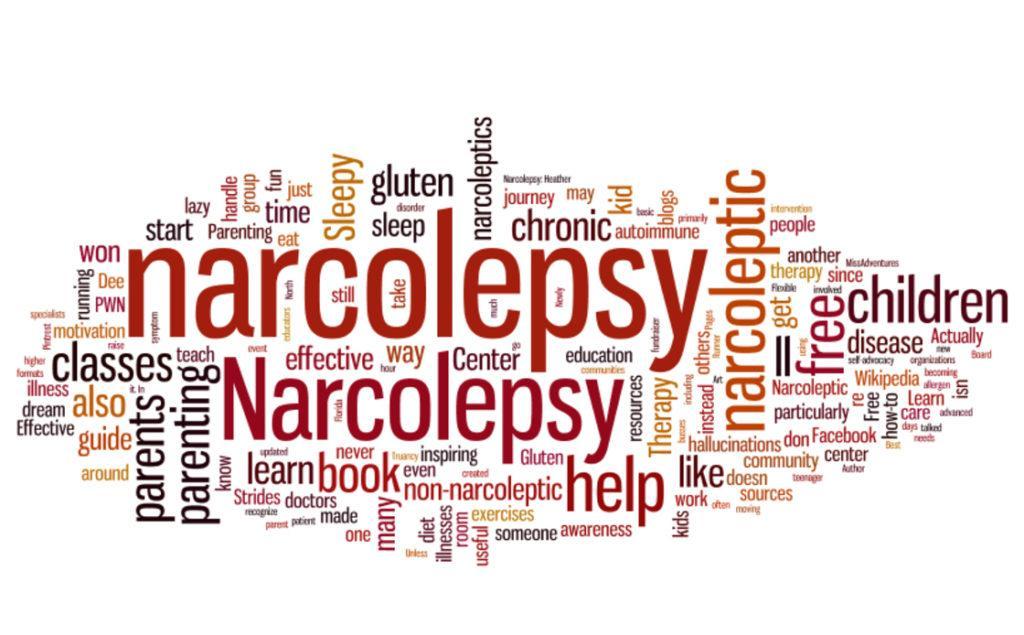 The same autoreactive cells were also found in healthy individuals with the only difference being that these cells haven’t been activated yet. So, now, the real challenge is to find out what activates these cells and get them to do what they do.

Autoimmunity has the tendency to lie dormant and still in some persons until something triggers it off. Finding out what the trigger is, might shed some light on finding the cure for narcolepsy.

Without the trigger, autoreactivity wouldn’t pose any threat to our health, as narcolepsy wouldn’t be triggered. The biggest problem that scientists have now is that they still don’t know what causes this nasty disease in the first place.

This is what makes finding the cure or the right treatment extremely difficult, as the scientists still don’t know what they are up against. It has been more than evident that there are three main elements that bring about narcolepsy:

While the disease can be treated medically, all this research might show us a better way to a more effective treatment.

With certain drugs and medications affecting the immune system, it’s possible to keep the disease at bay but these latest studies and research have instilled some hope that there may be a better way to treat this disease.

Now that the scientists know it’s T cell-driven, they can come up with much better treatments that will help the immune system become more precise and effective. By targeting the right parts of the immune system, it’s possible to increase its effectiveness.

To fight off the disease, our immune system needs our help and this new line of treatments might just be the right thing.

The more they find out about these autoreactive T cells, the more they will be able to understand what triggers the disease and treat the condition before it escalates and creates damage.

When it comes to known causes, the exact cause still remains unknown. We know so far that it’s possible to inherit this autoimmune disease as a genetic disposition.

Additionally, we also know that this condition happens due to a deficiency in hypocretin, a neurotransmitter that regulates our sleep and waking state.

If it isn’t available, a normal waking period is intruded by REM sleep phenomena, which results in nighttime sleeping problems and excessive daytime sleepiness.

Unfortunately, there is no cure for narcolepsy although it’s possible to manage the symptoms by taking certain medication. There are antidepressants that can help with cataplexy and stimulants that treat sleepiness but aside from that, there’s still no cure.

If you suspect that you might be experiencing some of the symptoms of this disease, consult your doctor immediately.

7 Techniques to Help You Battle Stress on a Daily BasisHealth