The legal marijuana market is one of the most lucrative markets worldwide. The projections put an amazing $40 billion figure on the global licensed-store revenue this industry will reach by 2024. Canada is a pioneer in North America when it comes to legalizing marijuana. It even legalized it before the US did.

In October last year, Canada also legalized recreational cannabis. Nevertheless, certain problems emerge on the horizon in terms of consistent supply. There is a lot of red tape surrounding it. Let’s see how Health Canada affects the legal marijuana industry and market in Canada.

When Canada legalized marijuana for recreational use, all the experts in the field thought that this is going to boost the legal marijuana industry in the country. This was not the case. Recreational marijuana was legalized in October 2018. In only a couple of months, licensed cannabis store sales in Canada declined.

When compared to the sales in December 2018, the sales in February 2019 were lower by 13%. What could be the possible reason for this?

Everyone knows that marijuana is extremely popular and that there was no decline in popularity to bring such results. Apparently, there are three problems that led to this development. Two of these are minor, and can easily be rectified. Unfortunately, the final problem is associated with Health Canda, and overcoming it is not that easy.

Uncertainty Introduced by the Cannabis Act

The Cannabis Act is not something new in Canada. It was a hot topic for quite a while, and it still is. But it created a problem for legal marijuana growers. It wasn’t certain that the Cannabis Act would become law.

This development has put growers in a tight spot. Capacity expansion projects are very expensive and growers didn’t want to invest heavily into them before knowing for a fact the Cannabis Act is going to become law.

The news about it becoming a law came out in early 2018. This gave growers less than a year to prepare for the official launch of legalized recreational cannabis. Most of the legal marijuana growers are still working on this.

The capacity for growing legal marijuana is limited thus the supply remains significantly below the domestic demand. In time, the production will scale up and the demand will eventually be met.

For cannabis products to end up on the cannabis-store shelves, they have to be properly packaged. This is where the implications of Health Canada, the country’s regulatory agency, become visible. Health Canada has very strict compliance when it comes to marijuana packaging. The guidelines are laid down to details. This doesn’t only hit marijuana growers, but retailers, processors, and distributors as well.

The strict packaging regulation resulted in packaging shortages. Unfortunately, this is only one segment of Health Canada’s regulatory tape that has a direct effect on Canada’s marijuana supply.

Packaging compliance is only a fraction of the problem that originates at Health Canada. This regulatory agency has other roles in overseeing Canada’s marijuana supply chain. In fact, Health Canda is tasked with approving or denying:

Basically, everyone in Canada’s marijuana supply chain has to apply for a permit at this regulatory agency. The result – a backlog of well over 800 applications only in January 2019.

This huge backlog means only one thing – applicants have to spend a long time queue with their hands tied. For instance, Aphira, a major supplier of medical marijuana & cannabis oil in Canada, partnered up with Double Diamond Farms which is one of the largest marijuana cultivation companies in Canada. Aphira had to wait for more than a year to receive the answer from Health Canada after applying for the cultivation license approval.

Health Canada Came Up With a “Fix”

Health Canada responded with a “fix” when it became obvious that its inaction caused major problems in Canada’s marijuana supply chain. A few months ago, Health Canada stopped requiring growers to submit cultivation applications before starting the construction of new farms, or upgrading the old ones.

The new requirement is now in action – growers now have to complete their facilities before submitting applications. It is expected that this new rule will result in two developments:

Unfortunately, this only addresses one part of the problem. It will take some months before we can see how this workaround affects wait times for processing, distribution, and sales license approvals. Meanwhile, Canada’s marijuana supply chain is disrupted.

Cannabis lovers who eagerly anticipated the launch of derivative cannabis products in 2019 stand to be disappointed. The event is delayed, meaning that cannabis-based edibles, vapes, concentrates, topicals and beverages are not going to end up on shelves, at least not very soon.

Health Canada issued a press release informing customers that they completed regulations for the production and sale of derivative cannabis products. These regulations will come into effect on October 17, 2019 (the same date the Cannabis act came into effect). Unfortunately, consumers will not be able to find products on the shelves the following day. According to Health Canada: “It will take time, after that date, before new cannabis products become available for purchase.”

Health Canada has without any doubt been the main culprit in the disruption of Canada’s marijuana supply chain. Hopefully, the fixes in their license approval procedures will remove the friction in the supply chain. 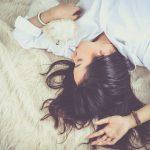 How Your Diet Can Impact the Quality of Your SleepHealth