Why Alcohol Carries a Higher Risk of Cancer than We Thought 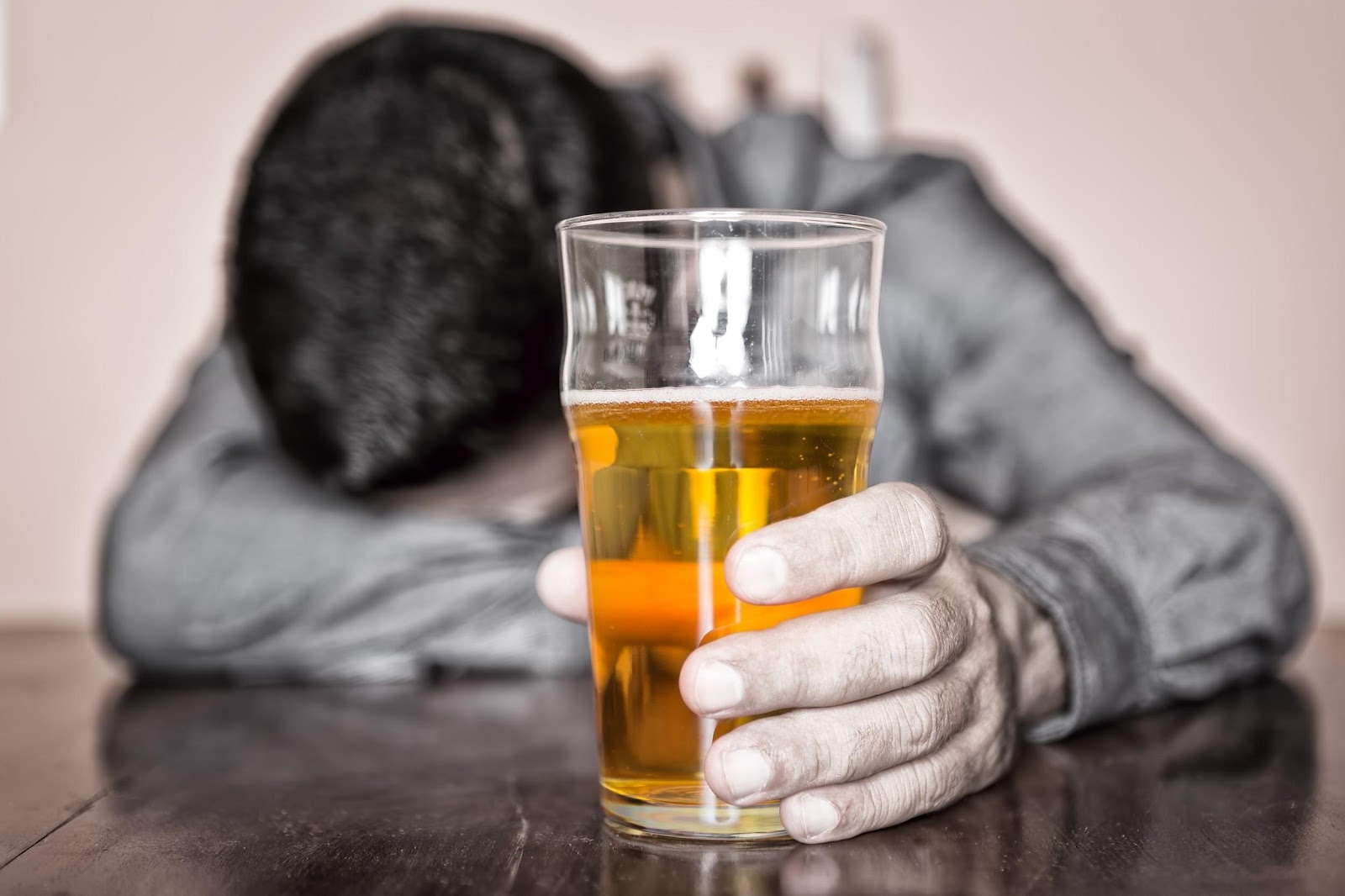 Alcohol has been present in many different cultures for thousands of years. Nowadays, you probably cannot say that you have met a person who has never tried alcohol in their life. It is widely known that it can be highly addictive and cause various severe health problems, but if you drink it in a moderate fashion, it can be a great way to have some fun and relax.

However, if you seem to like the taste and the effects of alcohol so much that it has become part of your routine, you should be aware. Even if you are sure that you don’t have a problem, you’re not an alcoholic and you don’t need any help, excessive drinking can cause a lot of harm nevertheless.

Recent findings have shown that drinking can largely increase the risk of different types of cancer, so let us explore this topic further to help you find out if you might be at risk and if it is high time you changed your habits. 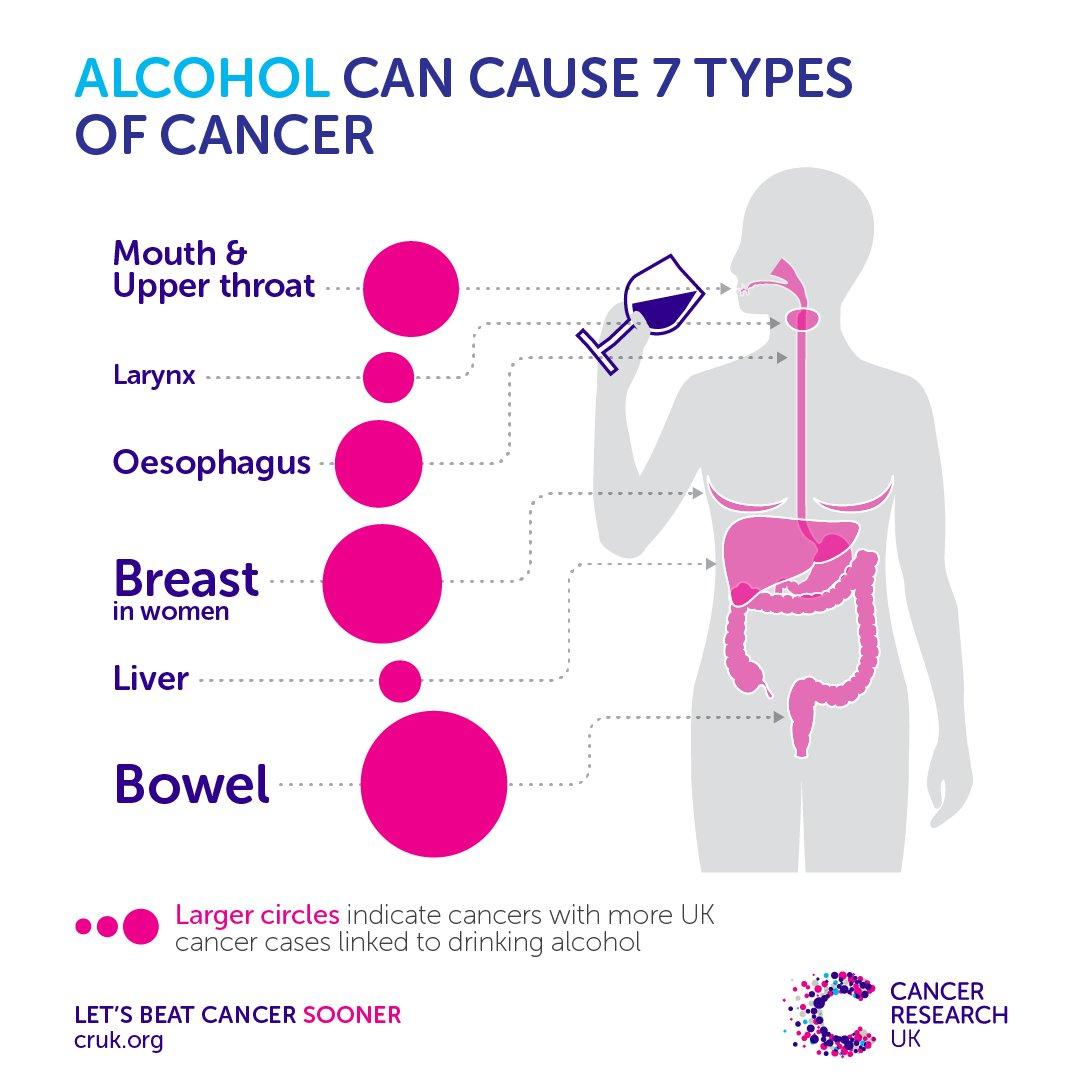 According to recent scientific researchers, consumption of alcohol has shown to directly cause 7 types of cancer – that of larynx (the organ where your vocal cords are located), oropharynx (the part of the throat which includes a part of your tongue, soft palate and walls of the throat), esophagus (the tube which connects your throat to the stomach), colon, rectum, breast and liver. Moreover, there is even evidence that it can cause prostate, skin and pancreatic cancer.

The U.S. Department of Health and Human Services’ National Toxicology Program has published a study on carcinogens in 2014 which includes alcoholic beverages on the list. It is widely known that heavy drinkers are at risk the most, but what might come as a surprise is that even moderate drinkers may suffer harmful effects.

Furthermore, this study has shown that people who drink and smoke cigarettes simultaneously fall under the riskiest category. It is estimated that 3.5% of deaths caused by cancer in the US are linked to alcohol consumption.

People who drink more than 3 drinks per day have a 2 or 3 times greater risk of developing mouth cancers such as larynx, oropharynx and esophagus cancer than the people who don’t consume alcohol.

Alcohol is broken down in our organisms by an enzyme known as alcohol dehydrogenase (ADH), while another enzyme – aldehyde dehydrogenase 2 (ALDH2) – is responsible for further breaking down acetaldehyde (which is toxic) to non-toxic substances that are excreted from our bodies via kidneys.

Some people have been known to have inherited a type of this ALDH2 enzyme which is defective – meaning that toxic acetaldehyde doesn’t break down but instead builds up when drinking alcohol which can cause some side effects such as heart palpitations and/or facial flushing.

Although such people are in most cases incapable of consuming large amounts of alcohol, some of them have developed a tolerance for acetaldehyde and can drink a lot. These individuals have a high risk of developing esophagus cancer (squamous cell carcinoma) if they drink on a regular basis.

Epidemiologic studies have shown that women who drink alcohol have an increased risk of getting breast cancer. According to the research that has been carried out on 58,000 women suffering from breast cancer, women who drank 3 or more alcoholic beverages per day had 1.5 times bigger risk than the ones who didn’t drink.

Also known as hepatocellular carcinoma, this cancer is diagnosed in almost half a million people annually. Alcohol is proved to be the primary cause of this type of cancer. When people drink a lot, the amount of alcohol in the liver increases the risk of the disease by producing reactive oxygen species (ROS) excessively, by boosting the activity of cytochrome P450 enzymes, and by causing the deficiency in antioxidants.

The analysis of 57 colorectal cancer-related studies has shown the direct link between alcohol consumption and this type of cancer. In fact, individuals who drank more than 3 drinks per day have a 1.5 greater risk of developing the disease than occasional drinkers or non-drinkers.

How big is the problem?

As there is no particular safe limit when it comes to drinking, it can be concluded that the problem is of a large scale, considering how many lethal diseases it can cause. That certainly doesn’t mean that you should spend the rest of your life being paranoid, but rather try to inform yourself more and be aware of the potential dangers.

Except the aforementioned diseases, drinking can lead to other problems as well. For instance, it can increase the level of estrogen, which further increases the risk of breast cancer. Also, it leads to the damage of liver cells which causes cirrhosis.

Further on, people who drink a lot reportedly have decreased levels of folate (a vitamin which enables our cells to produce new DNA properly) in their blood. Alike, the molecules of ROS, which are developed due to alcohol, can damage the DNA, causing cancer and other diseases.

Some things you can do to minimize the risk of cancer

As you might know by now, abstaining from alcohol completely is the safest option. However, if your lifestyle and preferences demand some occasional drinking, here’s what you can do to make sure you are drinking responsibly.

First of all, you should, by all means, restrain from drinking on a daily basis. When you do have a drink, it is advised to drink a glass of water after each serving. Avoid shots as they contain higher percentages of alcohol and when you start drinking them it’s kind of hard to keep track because of their size, and then you get the feeling that you haven’t drunk a lot, when in fact it is worse than drinking a few beers.

The last thing to have in mind is that you have to learn how to pace yourself – opt for smaller glasses, choose drinks that don’t have the highest alcohol percentage, never keep a stock at home, and always keep track of the amount that you consume.

To sum up, a little occasional drink every now and then never hurt anybody. Nevertheless, always be very responsible when it comes to alcohol as your health is at stake and be sure to be well-informed about all the harm it may cause and the ways to prevent that. 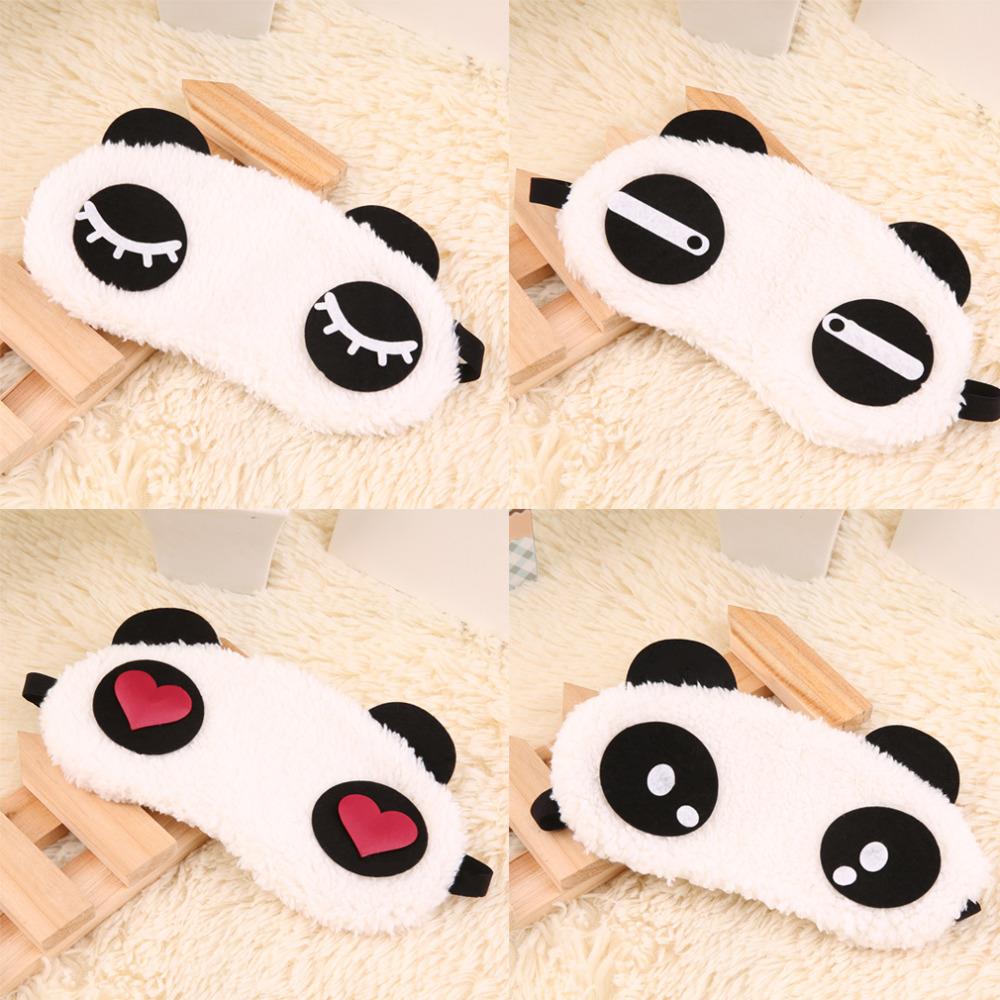 4 Types of Sleeping Disorders and How to Recognize Them 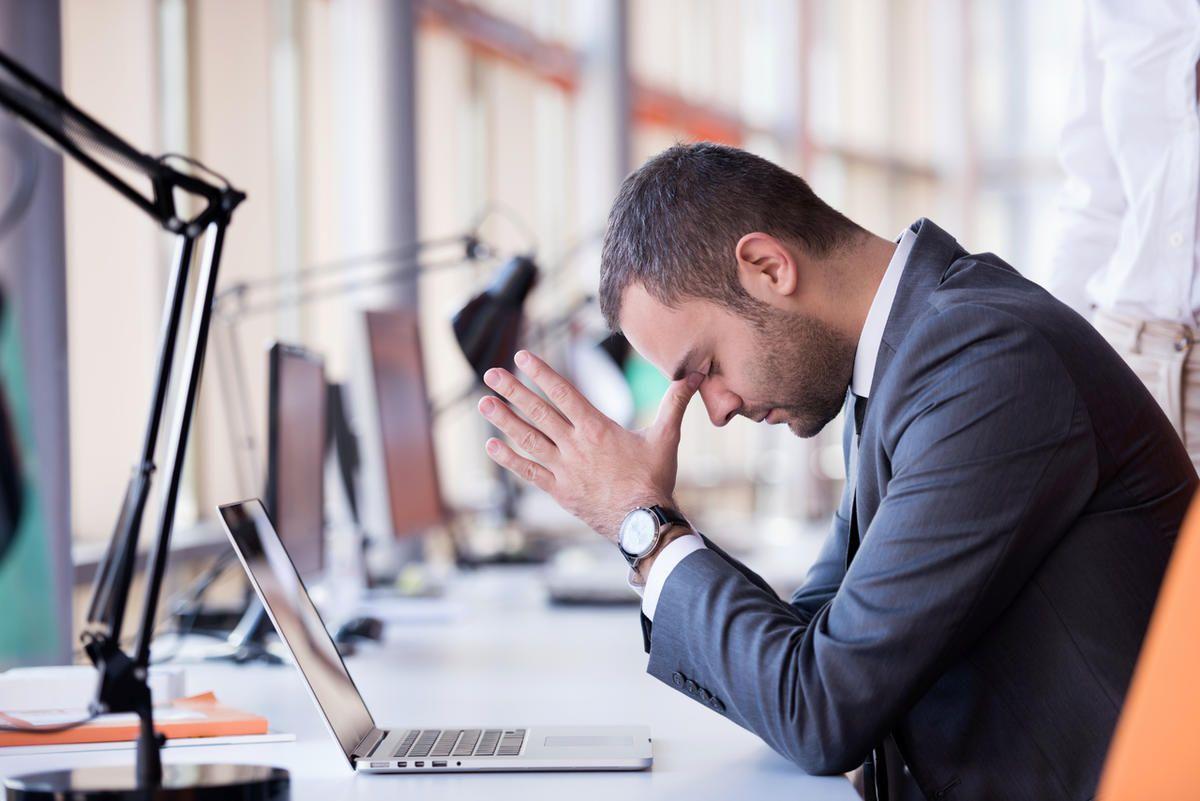 Handling Social Anxiety in the Workplace 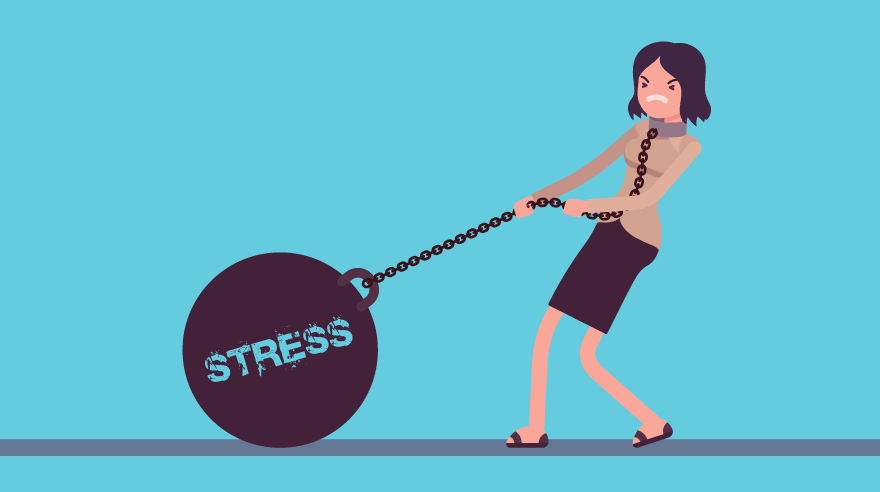 Stress and Psychosomatic Disorder: When Mental Health Impacts the Physical